MPN UK provided full structural engineering services for this £30 million, 8 storey office building that was built above the existing Westfield Shopping centre at Stratford. The building consists of a composite steel frame with metal deck floors and a reinforced concrete core. The rear section spans across a TFL bus layover area so column positions were limited and consequently spans of up to 20m were required for the floors. Halfway through construction it was decided to add on 6m cantilevering floors at certain levels on various elevations to increase floor areas and add architectural interest to the facade. Substantial retrofit works were required to the existing frame to facilitate this. The facade consists of curtain wall glazing supported at each floor level; hence, service deflections of the floor plate perimeters were limited to avoid racking of the facade. To minimize the depth of the beams fabricated steel sections were adopted throughout, with numerous web penetrations provided for services. The lower floor levels were adapted for retail use and the entire eastern facade converted into a digital advertising screen. 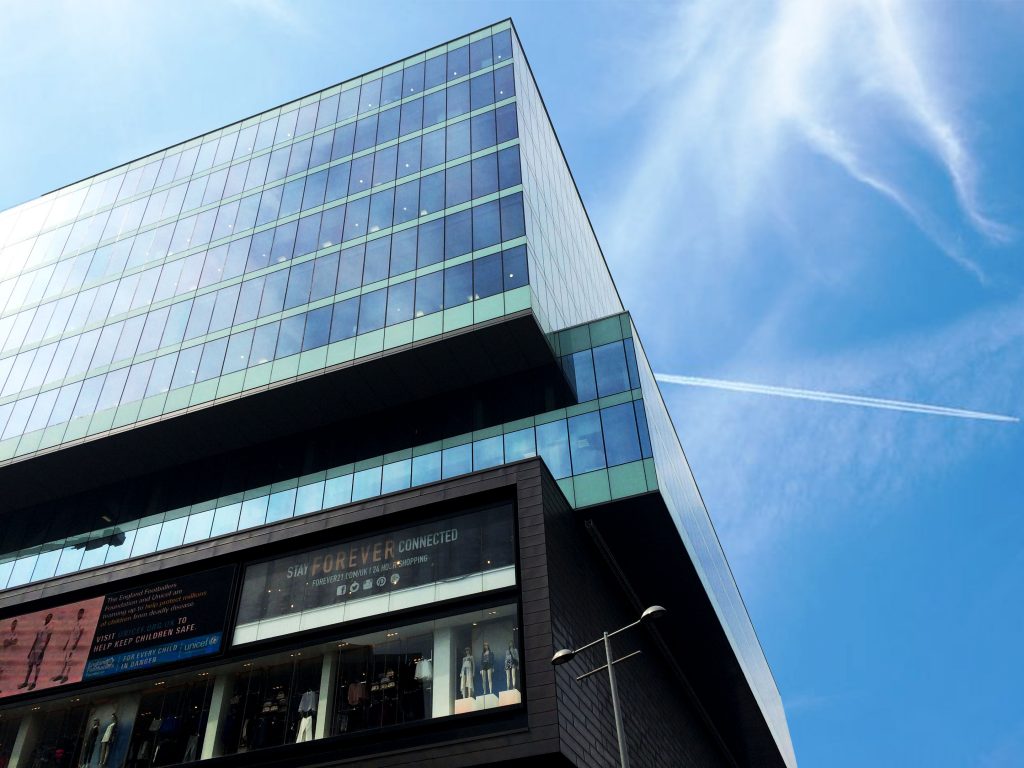 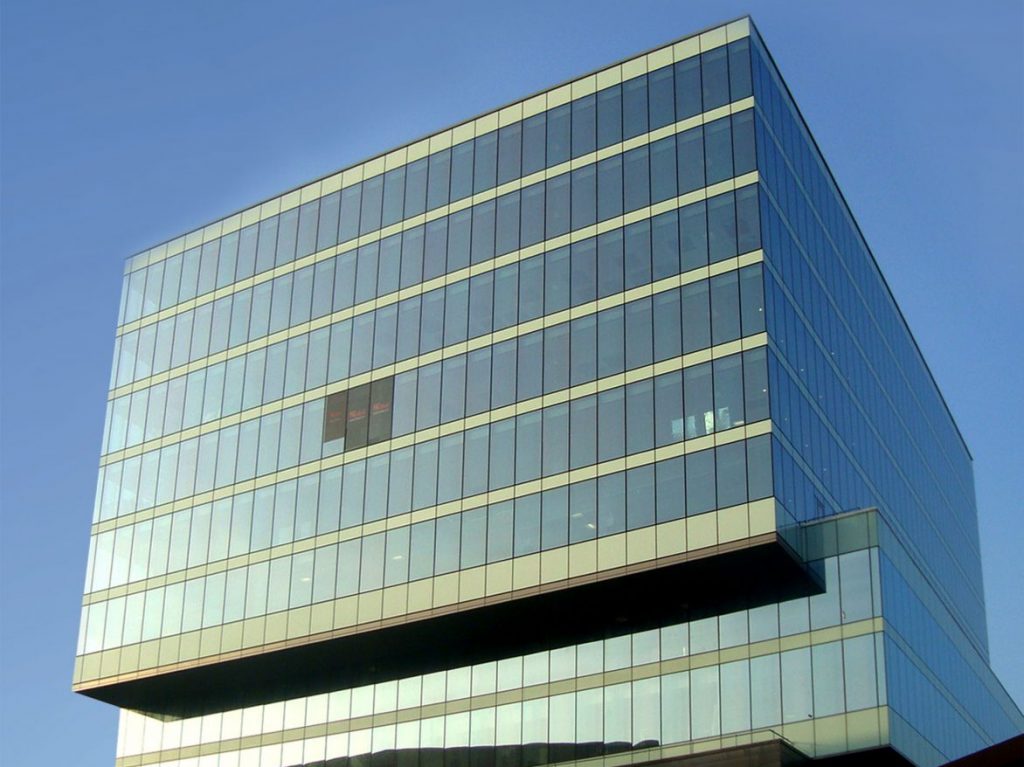 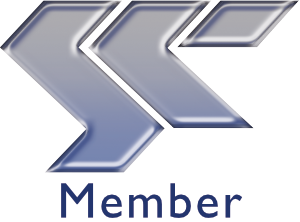