Intu Derby is a £350m retail development in the city of Derby, England that lead to a major rejuvenation of the city centre since its opening. The development, which was on the site of a number of 1960’s office buildings and a retail park, was a major extension to the 1970’s Eagle Centre shopping centre. The development provided 106,000 m2 of retail space consisting of 2 anchor stores (Debenhams and Marks & Spencer), approximately 150 shop units, as well as a multi-storey car park above roof level and basement servicing. A double stacked 12 cinema multiplex screen was added above the 1970s section of the old Eagle Centre after construction of the main scheme had substantially progressed. MPN maintain our involvement with further improvements and additions continuing to the current day, including most recently a bowling alley and mini-golf unit which opened in 2017. These developments involved removal of an existing ramp above live shop units, infilling floor voids and strengthening an existing car parking floor to support the revised loads.

As with many city centre construction projects the logistics of working on a confined site whilst keeping the existing shopping centre trading and making construction deliveries of steel without causing hindrance to neighbouring businesses was a major consideration in the design and construction planning. The 20,800t of steelwork were erected in a sequential manner, from one side of the site to the other as this allowed other trades to follow on behind and left the contractor with sufficient space in which to store its delivered steel.

Steel bridges link car parking on either side of the pedestrian streets. Access to the car park is via the Osmaston Road bridge or a spiral steel framed ramp embedded within the building off London Road. 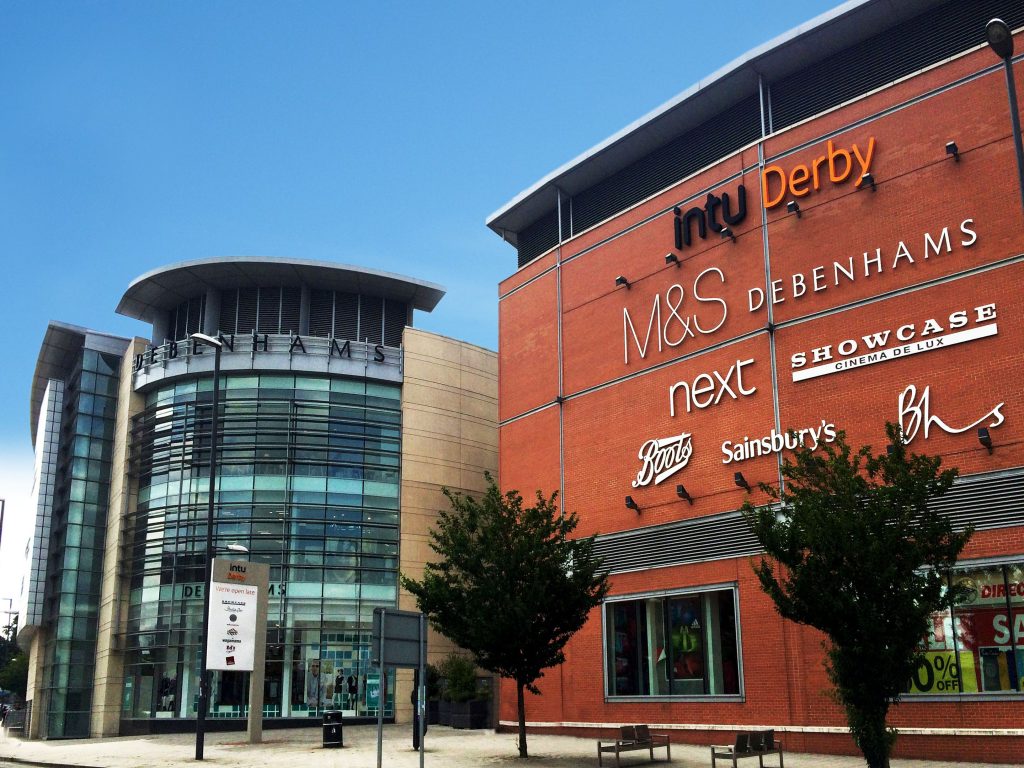 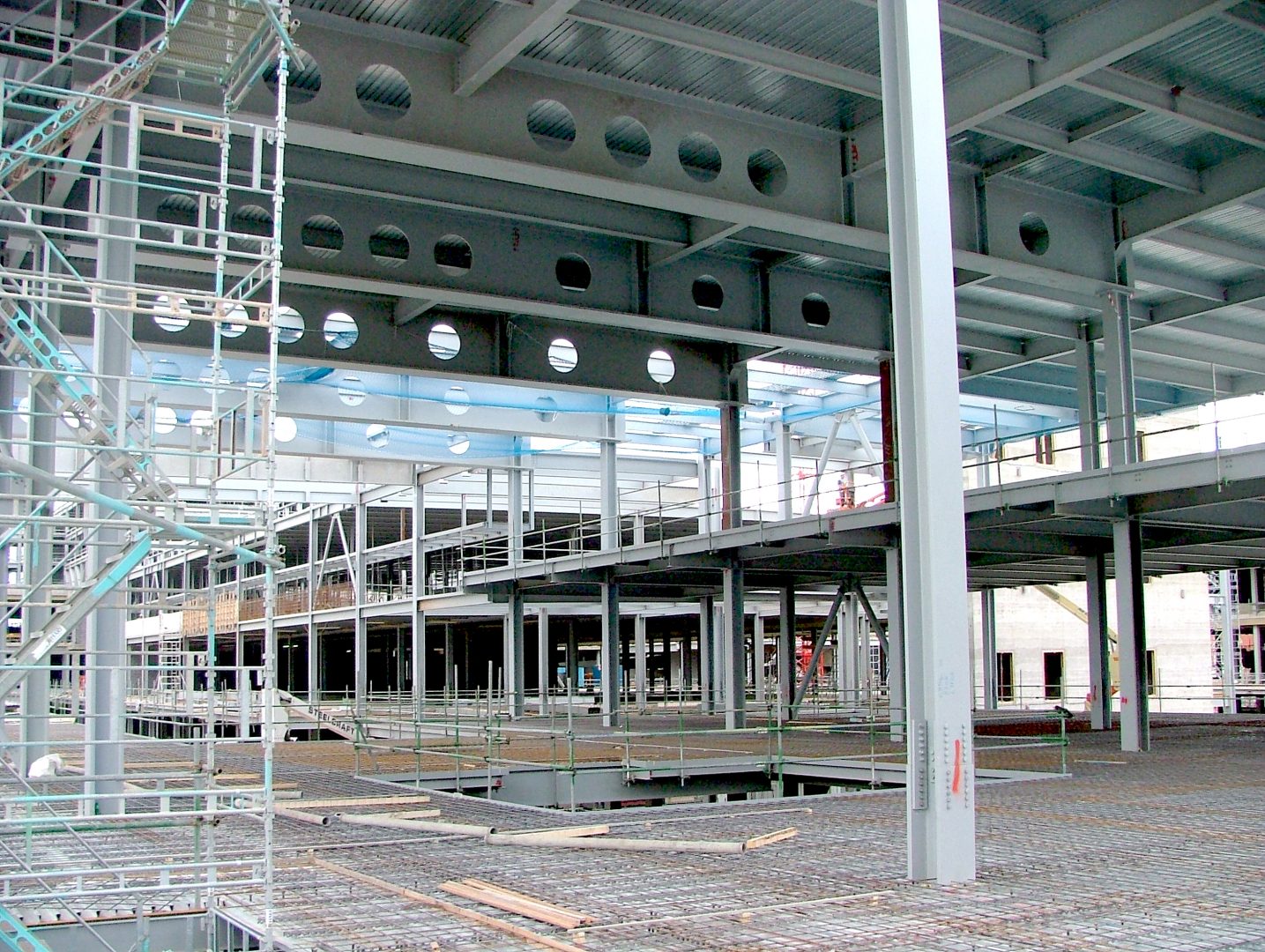 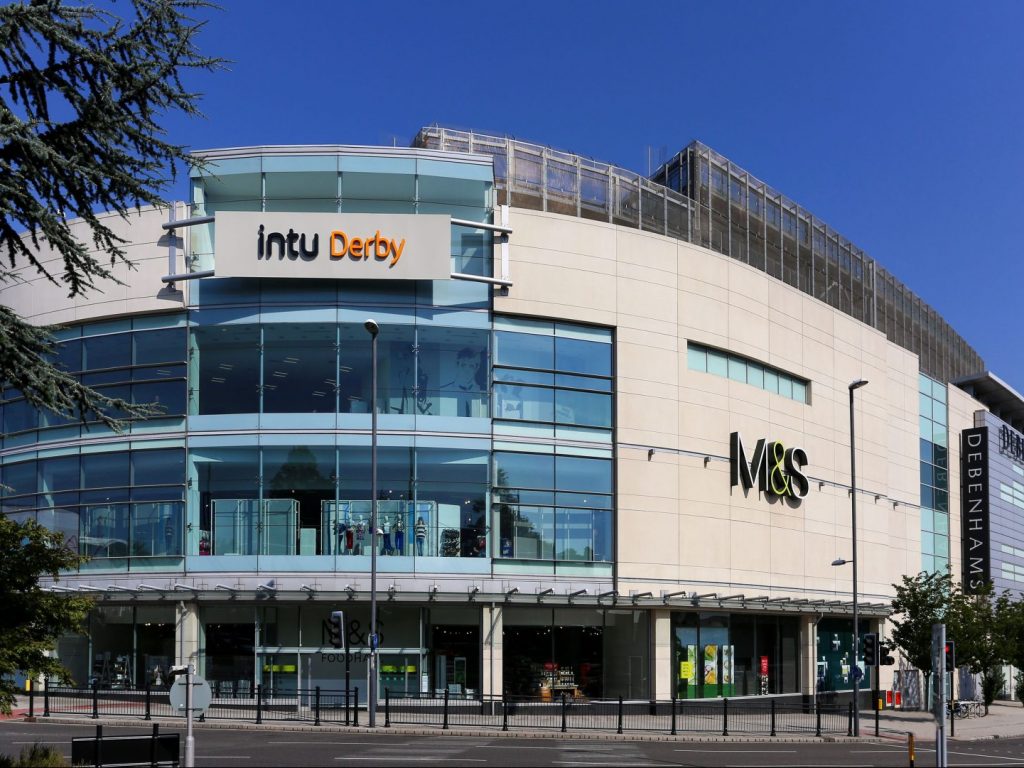